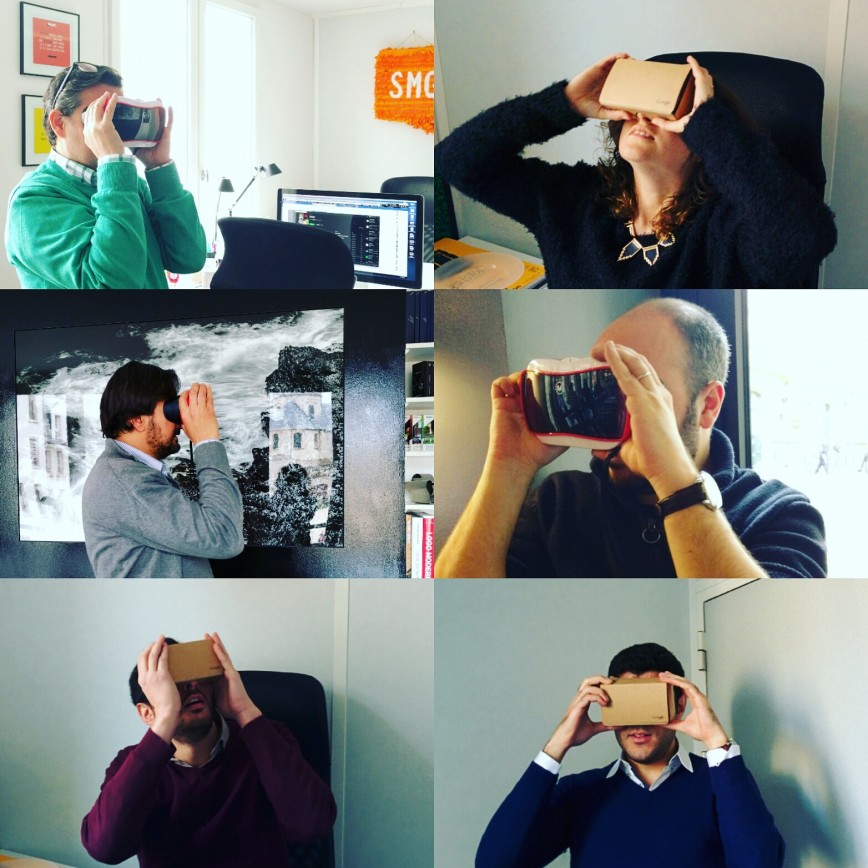 The future is now.

Cited in Tech Insider as one of 2015’s innovative technologies, Virtual Reality (VR) is captivating imaginations around the globe. BBC News called 2016 “the year when VR goes from virtual to reality,” but many people remain unfamiliar with the interface—particularly with its storytelling potential.

VR brings places, people, and experiences—stories—to life. Imagine a world where you can talk with film characters, float through space, and climb Mount Everest…VR dares us to dream—but its true power lies in the fact that it’s not a passive platform; it’s active, immersive storytelling.

VR triggers our emotions, and makes us feel as though we’re physically “there.” Emotions are experienced through a sense of presence: the feeling of active participation rather than passive viewership. VR, thus, enables us to create an alternate reality in the ability to partake in a story.

As storytellers, we shape the VR experience into a story (often called “storyscapes”). The catch is that our audience is inside the story, and their actions (body and head movements, even eye movements on select advanced models) influence the plot line.

When we feel present, our mind, body, and spirit believe we are somewhere we’re not. Just enter Invasion…

Presence is something we also experience in Oculus Story Studio’s Henry through our connection to the cuddly main character.

When you’re “with” a VR character, like Henry, you experience heightened emotions: a greater degree of empathy. Excellent storytellers make an audience feel empathy, which Merriam-Webster defines as: “The feeling that you understand and share another person’s experiences and emotions: the ability to share someone else’s feelings.”

The autism experience above shows how people experience empathy through VR: an ideal medium to raise awareness for organizations, charities, etc. VR elevates emotions within business-entertainment stories. It is therefore destined to become an important tool for telling stories—for both businesses and consumers. The magic is in our ability to shape the user experience.

Storytelling on VR is a great way to stand out. VR invites us to seize the power of our imaginations.

At SMG, we have tons of ideas for how you can live your stories through VR. We recently invited a few friends into the office to give VR a spin—take a look at the photo at the top of the post.

Want to test VR yourself? Don’t hesitate to drop us a line, and say hi 🙂

STAY UP TO DATE with our stories!

Every 10 days, get 1 highly inspiring startup story you can read in under 60 seconds!